Welcomes you to her clinics situated in: 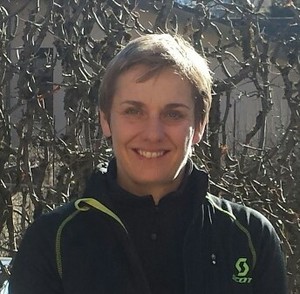 The clinics are situated in calm and pleasant surroundings. Tracey.Osteo is a friendly and accessible Osteopathic practice.

When to consult an Osteopath? For new or old problems from head to foot! Osteopathy focuses upon the diagnosis, treatment, prevention and rehabilitation of disorders of the tissues of the body, which if uncorrected, may have a negative influence upon general health.

Osteopaths treat people of all ages (babies to senior citizens), with all types of complaints (injuries, stress and tension-related complaints, not forgetting those specific to pregnant women). Sportspeople (amateur or professional) and musicians often use Osteopaths to stay in top form.
Osteopathic treatment is manual and does not use medication.
An Osteopath recognises major pathologies and will directly refer a patient to a medical specialist if this is needed or should there be any queries needing further investigation.

Tracey Betts-Allen is the founder of Tracey.Osteo. Trained in Osteopathy at the College of Osteopaths in London (BSc (Hons) Osteopathy) in 2010 gaining the Don Upton award of her year, Tracey is also qualified in sports massage therapy, medical hypnosis and is a Pilates instructor. Tracey is an active sportsperson and musician. Having worked for many years in financial markets, Tracey also has first-hand experience of the potential tolls on the body of high-pressured environments. 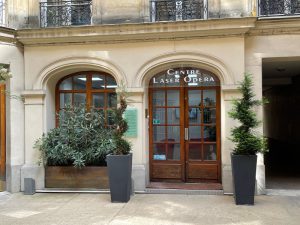 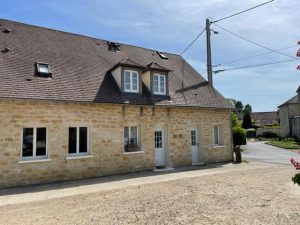 Book an appointment online via Doctolib.

The clinics are accessible by appointment only.
Please book online using Doctolib, or via the secretary on 01 53 76 44 89.
In case of emergencies, Tracey Betts-Allen can be reached on 06 08 92 87 40
BOOK AN APPOINTMENT ONLINE

The three professions have many differences but also a number of similarities, so they overlap in some areas. This brief description is by no means exhaustive but aims to give an idea of the main differences. Having said that, the manner in which each discipline is practiced, varies enormously between individual practitioners. Osteopathy and Chiropractic were both founded in the late 19th Century in the United States of America. It is said that the founder of Chiropractic, Daniel David Palmer (whose son created the first chiropractic school), was one of the first students of the founder of Osteopathy, Andrew Taylor Still, before he decided to adopt a slightly different approach. This explains the similarities between the two disciplines (especially in the belief that the body should be considered a single, global, entity and not a sum of its parts and the fact that both types of practitioner diagnose their patients’ afflictions themselves. As a consequence, Osteopaths and Chiropractors undertake lengthy studies). In practice, the treatment by Chiropractors which we have witnessed often takes the form of vertebral manipulations, in order to correct positional lesions which the chiropractor has identified and which may disrupt the optimal functioning of the nervous system at that vertebral level. Osteopaths may well use vertebral manipulations but are likely to also use other techniques such as soft tissue work, articulations and muscle energy techniques, in order to treat both the centre and the peripheral areas of the body, (depending upon the osteopathic diagnosis which has been made). Physiotherapists’ patients are sent on prescription by medical doctors. Physiotherapists do not formulate diagnoses and the length of their studies is shorter. The rehabilitation of patients who have had accidents, traumas, fractures or who suffer from neurological dysfunctions accounts for much of Physiotherapists’ time.

Osteopathic treatments are not reimbursed by the French Social Security system, despite the fact that Osteopathy is a profession recognised and regulated by the French state (décret n°2007-435 du 25 mars 2007 relatif aux actes et aux conditions d’exercice de l’ostéopathie).

More and more and, in fact, most complementary health insurers (‘mutuelles’) reimburse osteopathic treatment partially if not integrally. We can naturally provide you with receipts for your ‘mutelle’; and we can help you find out, if need be, if your ‘mutuelle’ takes charge of Osteopathy.

Do I need to see my Doctor before making an appointment?

Osteopaths study for several years to obtain their qualification. This is partly because they need to acquire sufficient medical knowledge to be able to recognize common diseases and signs which alert to their presence or development, on top of their pure Osteopathic studies.

Osteopaths work in synergy with medical Doctors and do not hesitate to refer a patient to a medical specialist if this is needed, or should there be any queries needing further investigation.
There is no need, thus, to see your Doctor before making an appointment. However, if you prefer to do so, please go ahead – and do not refrain from telling him or her afterwards also if the treatment was of benefit to you! A small request, though, in order for your Osteopath to be sure that all avenues have been covered when making their diagnosis, please ensure that you share your full medical history – even details which might initially appear superfluous or unrelated.

I am in a bit of pain but I can cope with it. Is it worth coming?

YES, simply because coming to see us as soon as you are in a small amount of pain is, if anything, BETTER than waiting until it develops into a lot of pain, which is not only harder on your body but can also take longer to resolve. You gain NOTHING by waiting. There is always a reason why pain appears and it is advisable to find it sooner rather than later.

Do not underestimate how tiring low-level aches and pains can be.